Sorry to the who were excited and congrats to those not so excited, Amazon has bypassed Austin in favor of Northern Virginia and New York City for the e-commerce giant’s new corporate headquarters. Also, in a surprise move, Amazon has picked Nashville for an operations center.

Both Austin and Dallas were among 20 finalists for Amazon HQ2, a project initially billed as a second headquarters for Seattle-based Amazon. In the past few days, however, the company opted for a surprise switch, divvying up its second headquarters between two places. That seemingly transformed the multibillion-dollar project into HQ2 and HQ3.

Matt Curtis, founder of Austin-based consulting firm Smart City Policy Group, says that over the past two months, he’d been led to believe that Austin and Dallas were among the five finalists for the HQ2 project.

“Even in the past week, national reporters called saying that there was a spoiler, and that Austin or Dallas would receive some of the Amazon jobs,” Curtis tells CultureMap. “I believe if national reporters with Amazon relationships were saying this, it was true. Close, but no cigar.”

Economic development officials in Austin and Dallas put Amazon’s November 13 rejection of them in a positive light. The two cities were the only Texas finalists for Amazon HQ2.

“The fundamentals that made Austin a top 20 finalist and have helped our city be a leader in job generation — our incredible talent and lifestyle — haven’t changed,” the Greater Austin Chamber of Commerce’s Opportunity Austin economic development initiative said in a statement.

As Opportunity Austin 4.0 — the initiative’s fourth iteration — gears up to launch in January 2019, officials see more corporate relocations and expansions on the horizon.

Curtis, a longtime fixture in Austin’s political and economic development circles, says he’d hoped Amazon would add 5,000 to 10,000 HQ2 jobs in Austin. But it’s “not the end of the world” that Austin didn’t land a piece of HQ2, he says.

“Austin should continue to do what we do best: to grow our economy effectively for all our residents while maintaining the culture and character of our great city,” Curtis says.

To grow effectively, though, Austin does have some work to do, according to Curtis.

“Austin doesn’t have the needed housing options or transportation solutions to absorb every major employer,” he says. “But if we do not invest quickly in a strong effort to build new types of housing and an aggressive transportation network, we will not only be pushing away new jobs, but we will be crippling our lives.”

For its part, the Dallas Regional Chamber, which led the region’s pitch for Amazon HQ2, sees benefits from its unsuccessful but “comprehensive and compelling” bid.

“This was a unique chance to reinforce with Amazon — and the world — the many reasons DFW has been so successful in attracting companies, jobs, and individuals seeking a wonderful quality of life in one of the most affordable places in the nation,” Dale Petroskey, president and CEO of the Dallas Regional Chamber, said in a statement. “Make no mistake, this has been a ‘win’ for our region regardless of the outcome. Our business community grows and expands by the day, and our momentum as a destination of choice has only increased as a result of being a finalist for HQ2.”

The Dallas Regional Chamber pointed out that since Amazon unveiled the HQ2 project in September 2017, more than three dozen companies have announced relocations and expansions in the area, including Louis Vuitton, Peloton, Smoothie King, and Vistaprint.

“We like to win, and we’re used to winning, so while we are disappointed, we understand Amazon’s decision is one they believe is best for their company at this time,” said Mike Rosa, senior vice president of economic development at the Dallas Regional Chamber.

On November 13, Amazon said it had settled on dividing its new corporate offices between Northern Virginia’s Crystal City neighborhood, just outside Washington, D.C., and Long Island City, a neighborhood of New York’s borough of Queens. Amazon plans to add more than 25,000 jobs in each location. In conjunction with the Amazon expansion, Crystal City is being rebranded as National Landing.  See official announcement here.

In choosing those two sites, Amazon emphasized the ability to attract “world-class talent,” as well as access to airports and public transportation.

Additionally, Amazon is creating an operations center in Nashville with more than 5,000 jobs.

In all, 238 communities in North America submitted HQ2 proposals. In January, Amazon narrowed the field to 20 finalists, including Austin and Dallas. Houston didn’t make the final cut, while San Antonio ended up not making an HQ2 pitch.

Off and on, both Austin and Dallas rated highly among some HQ2 prognosticators. But as Amazon’s self-imposed, end-of-2018 deadline to reveal its selection drew closer, Austin and Dallas fell out of favor in the eyes of many HQ2 forecasters.

AOL co-founder Steve Case, who lives in the D.C. area, issued a statement of encouragement aimed at the HQ2 finalists, including Austin and Dallas, that weren’t chosen by Amazon.

“I hope these cities will view this not as the end, but as a new beginning. The coalitions they formed and the plans they made in creating a bid for Amazon’s HQ2 can be repurposed to strengthen the startup sector in their cities,” Case wrote on Instagram. “The best economic development strategy is not to lure existing companies to open offices or factories, but instead to birth the new companies that could be the Amazons of tomorrow.” 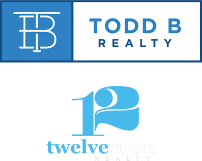 CHECK ME OUT ON GOOGLE!

Check me out on Yelp!

The information being provided is for consumers' personal, non-commercial use and may not be used for any purpose other than to identify prospective properties consumers may be interested in purchasing.Based on information from the Austin Board of REALTORS® (alternatively, from ACTRIS). Neither the Board nor ACTRIS guarantees or is in any way responsible for its accuracy. The Austin Board of REALTORS®, ACTRIS and their affiliates provide the MLS and all content therein "AS IS" and without any warranty, express or implied. Data maintained by the Board or ACTRIS may not reflect all real estate activity in the market.All information provided is deemed reliable but is not guaranteed and should be independently verified.